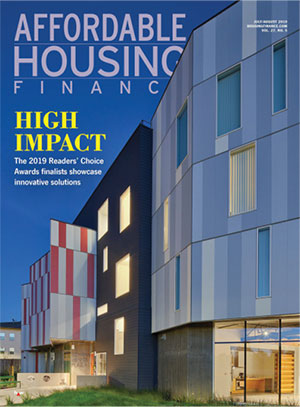 Selected from 118 entries from across the country, Renaissance Downtown Lofts was one of four special-needs fi nalists in the 2019 Readers Choice Awards in Affordable Housing Finance magazine. 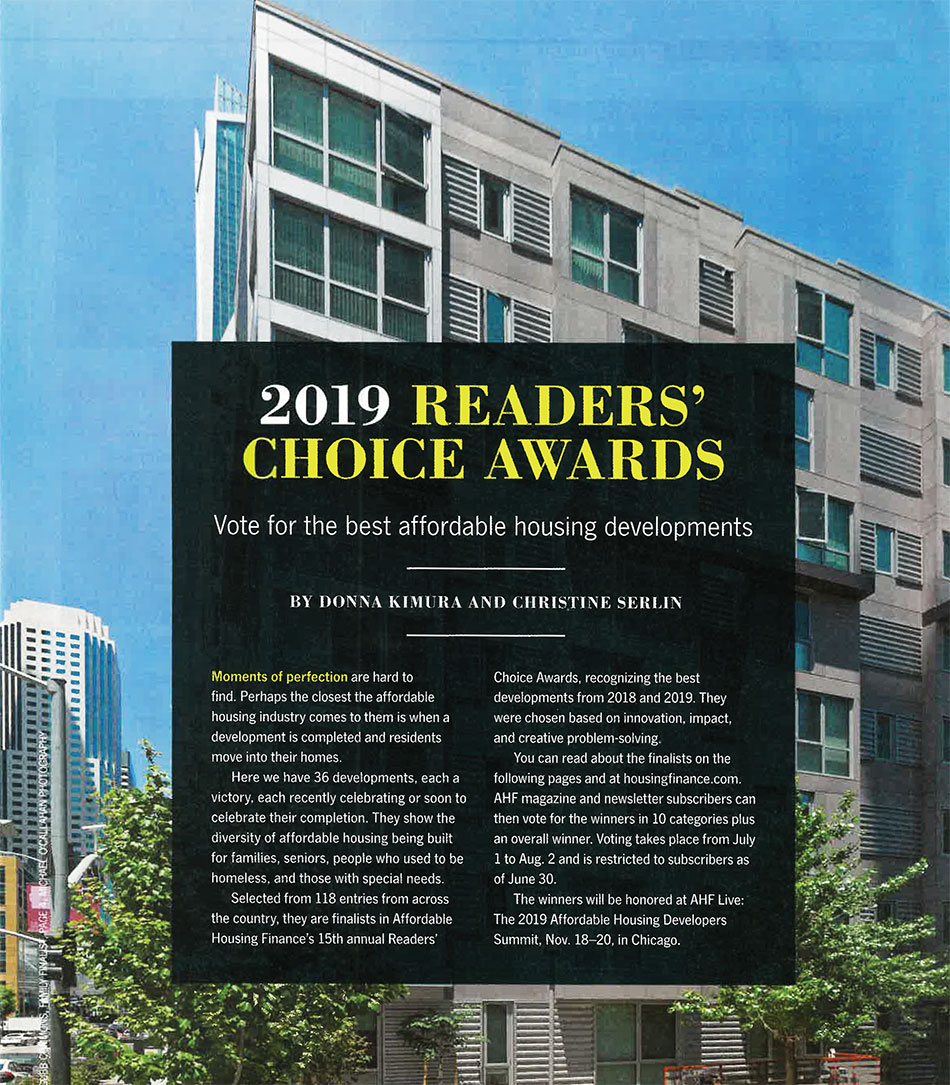 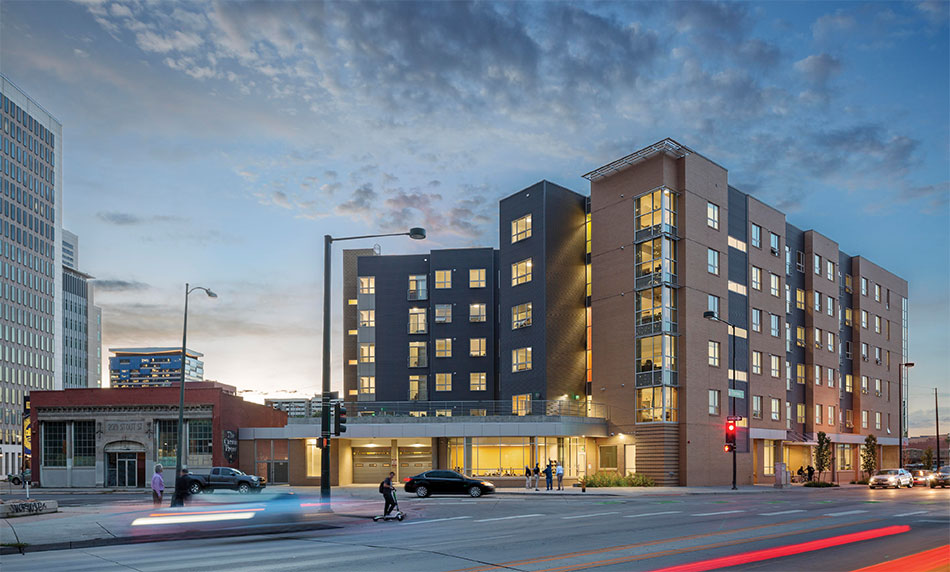 Renaissance Downtown Lofts is home to 100 men and woman who had been homeless for an average of eight years and cycling in and out of Denver’s jails due to their homeless status.

The development provides residents with permanent supportive supportive housing and access to an Assertive Community Treatment team that offers case management, counseling, health care, and other services. A year after the project opened, 95 of the initial residents remain housed, according to John Parvensky, president and CEO of the Colorado Coalition for the Homeless (CCH). In addition, Renaissance Downtown Lofts is estimated to save the community $34,000 per resident per year in avoided emergency and health-care costs. With 100 residents, that’s $3.4 million each year.

To fi nance the $25.7 million development, CCH created a condominium structure in order to use both 9% and 4% low-income housing tax credits. This allowed the nonprofit to build more units. Renaissance Downtown Lofts is also unique in its construction. The building uses steel panels that were built off site and then erected on site to save time and create efficiencies.

The development also charged early NIMBY views. “We were able to explain that this is permanent housing and all the services that would be there,” Parvensky says. “The concerns raised would actually be solved by the project.” -D.K.